Can we get iTunes movies on Xbox Series X?

The Xbox family, including the original Xbox, Xbox 360, Xbox One, Xbox One X, Xbox One S and Xbox Series X developed by Microsoft, is one of the best video game console series in the world. Xbox Series X promises four times the power of the Xbox One X and is being billed by Microsoft as the "fastest, most powerful games console ever." To match that dramatic leap in performance, the Series X gets a new 'tall tower' design and a new wireless controller. The Xbox Series X also gets 16GB of GDDR6 memory – an upgrade from the Xbox One X's 12GB GDDR5. That won't all be used in games, however. The faster GDDR6 memory should also offer a big leap in performance.

It sounds like an "all-in-one entertainment system", right? But that's not the case if you are trying to stream movies from iTunes to Xbox Series X for playback:

In this article, we will show you the reason why we can't stream media files directly from iTunes to Xbox Series X and at meantime provide you a simple solution on how to watch movies you bought on iTunes on Xbox Series X.

Part 2. How to Watch iTunes Movies on Xbox Series X

Media content like movies, TV shows purchased or rented from iTunes are encrypted with DRM protection, with which users are restricted to play iTunes videos on Apple-approved devices. That's to say, you are not allowed to directly transfer movies from iTunes library to Xbox Series X or any other non-Apple devices for watching unless you strip the DRM lock from iTunes movies and TV shows.

2. Get iTunes Movies on Xbox Series X with M4VGO

To remove DRM from protected iTunes videos, you'll need a third-party iTunes DRM removal tool to help you. Here we will recommend iTunes Media Converter, which is specially designed to crack DRM from locked iTunes movie rentals and purchases and convert the DRM-ed videos to unprotected MP4 format that is compatible with Xbox Series X.

Guide: How to Watch iTunes Movies on Xbox Series X?

Open DRM removal software as the best iTunes to Xbox Series X Converter and click "Add Files" icon displayed in the program interface. Then select movies or TV shows you want to convert to Xbox Series X from the drop-down iTunes library. Then click "OK" to load the movies.

Once the iTunes movies are added successfully, click the "Format" button and choose Common Video > MP4 (Lossless) as output format to convert them without quality loss. 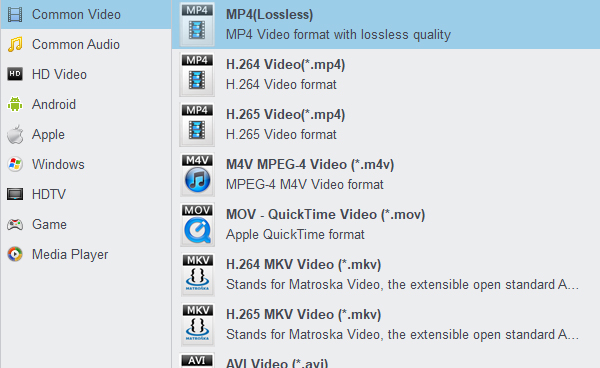 The final step is to click on the "Convert" button and wait for the conversion to be done. After that, click "Open" to view the converted DRM-free iTunes video files.

Acrok M4VGO works at 30X faster speed to remove DRM from iTunes movies and convert iTunes M4V to Xbox Series X compatible MP4 while 100% preserving video quality and original subtitles. After the iTunes to Xbox Series X conversion, you can go to the output folder to find the converted DRM-free iTunes videos and stream them into Xbox Series X for playback via USB. Just enjoy the movies!

The following table will show you the main differences between Xbox One X and Xbox Series X.

Now you know how to watch iTunes movies on Xbox Series X. With the assistance of Acrok M4VGO, you can simply remove the DRM restriction and convert them to MP4 or other common formats without quality loss. Moreover, you can also watch iTunes moves on Smart TV or other Android device as you like. It's so simple yet powerful, why not give it a shot?

Tip: If you need a Blu-ray ripping software to rip and convert Blu-ray/DVD to Xbox Series X playable format, Acrok Video Converter Ultimate (For Windows | For Mac) is your best choice to do this job.

I have tried a lot of related software and M4VGO is by far the best! Dealing with DRM issue really makes me frustrated. Then came M4VGO to the rescue. It really helps me.
Ted Easley