Sydney, Australia, 8 April 2015 - Canon Australia today announces the development of XF-AVC, a new proprietary video format for the efficient recording of high-image-quality 4K, 2K and HD video footage. Although the code has been released for several years, Canon is still optimizing it. 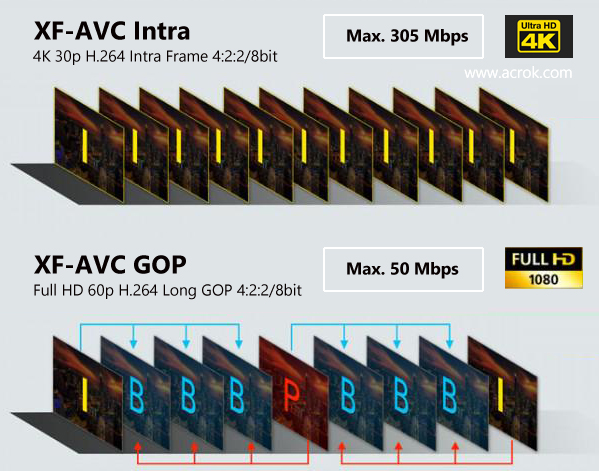 Recently, I have bought a new Canon XA55 4K camera which records footage using the new XF-AVC codec. Later i ran into some issues that the Final Cut Pro X, even the latest version 10.4.8, wouldn't import XF-AVC .mxf files recorded from this XA55 camera. Why it happened? Is there anyway to help me to put those 4K MXF footages to FCP X forediting? Thanks in advanced. - Brock, Ethan

Yesterday was my mother's birthday. I took many footage with my Canon XF400. But I can't successfully import these MXF videos to Premiere Pro CC on Windows 10. Then I tried it on my Mac. But I have to spend a lot of time rendering the imported video. Can you share a good solution with me? - Girona, Moises

The camcorders, like Canon XA55, Canon XA50, Canon XF705, Canon XC10, Canon XF405, Canon XF400, Canon XC15, etc record video in MXF XF-AVC format which is supposed to have better compatibility with most companies and products. And it really is, XF-AVC codec can be supported by Adobe Systems Incorporated, ASSIMILATE, Autodesk, Inc., Avid Technology, Inc., Blackmagic Design Pty. Ltd., Codex, Colorfront, FilmLight Ltd., Final Cut Pro X, Grass Valley, etc. But there are still many users who search and like to find a XF-AVC Converter to transcode the XF-AVC video to certain video format better supported by the linear editing systems, like Final Cut Pro X, Premiere Pro CC, Vegas Pro, DaVinci Resolve, etc. Why and how to make it?

The Canon XF-AVC is a standard that defines each recording method for the visual and audio data components that make up individual video files. Because XF-AVC employs the MPEG-4 AVC/H.264 video compression format, which realizes a high data-compression rate without sacrificing image quality, it supports the efficient recording on memory cards of high-image-quality 4K, 2K and HD video content captured on camcorders. The XF-AVC is so similar to Sony XAVC that it takes some effort to distinguish them: Like Sony, Canon proposes a H.264/AVC based format wrapped in MXF files, and rebrands it as: Canon XF-AVC. Due to XF-AVC is a new encoding format, many video editing software cannot import or edit these videos. In particular, 4K video needs strong hardware support.

To bring 4K/2K/HD XF-AVC videos to Final Cit Pro X, Premiere Pro CC and more editing software for editing, the easy workaround is to transcode the XF-AVC to the program editing-friendly formats such as Apple ProRes, MPEG, H.264, DNxHD, AIC, etc. To process file conversion, a third party XF-AVC converter software is required. Considering the ease of use and pretty good output quality, we would recommend Acrok Video Converter Ultimate for Mac.

How to convert XF-AVC to ProRes and MPEG-2 for editing?

Install and launch the program on your computer. Click "Add file" to add .mxf files from the PC local to the program, or drage and drop the .mxf videos to the XF-AVC Converter.

After the aforementioned stuff, all you need to do now is to convert XF-AVC to ProRes and MPEG-2 codec. As for FCP X, "Apple PorRes 422 (*.mov)" and "Apple ProRes 4444 (*.mov)" from "Final Cut Pro" are better formats for editing. For Adobe Premiere Pro CC, please get MPEG-2 MPG from "Editing Software" category. You can click to choose the profile which includes variuos formats, editors, TVs and mobile devices. 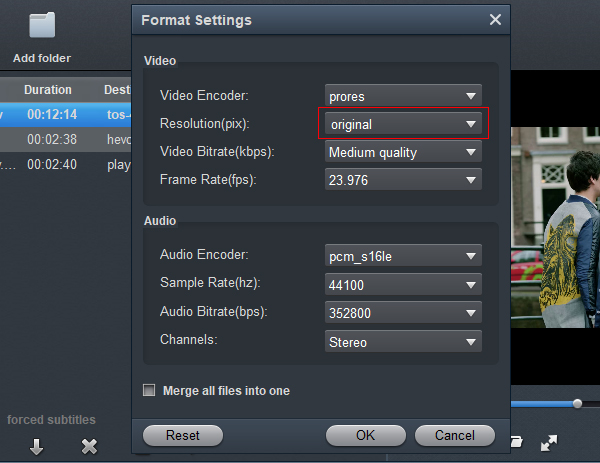 Edit XF-AVC .mxf videos with Acrok software. After your files are imported - but before you convert, you can use Acrok Video Converter Ultimate's on-board video editing tool to control the action. You can access all available editing functions by either clicking "Edit" beside the movie clips.

Now, please click blue "Convert" button to start converting XF-AVC to FCP X or Premiere Pro supported codes. After conversion, your XF-AVC files have been changed into .mov or .mpg files, which can be easily imported into FCP X/Premiere Pro CC and freely edited.

Everyone uses my Canon XA50 for taking movies on a road trip. Very surprised at how much can be done when spending a bit of time to play with all the different program controls.
Bammer, Thomas