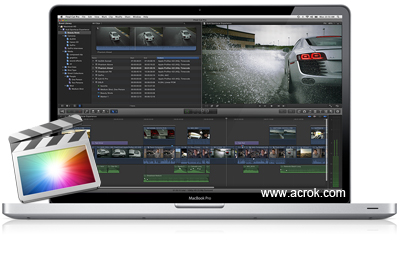 "My Final Cut Pro 10.6. 3 can't read Sony VENICE MXF footage. I can only hear the sound inside, but the whole picture is black. Should I install a plug-in or transcode the MXF files on my MacAir?"

"I want to edit my Canon C500 .mxf files in FCP X without rendering, what should I do? And I take much time on importing MXF video into FCP X on Mac. The process is a pain in the neck..."

Hi, Admin, wny I can't load 4K MXF ftom Panasonic AG-CX10 to Final Cut Pro on macOS Big Sur? I checked the parameters on Apple's official website. It supports import MXF files from camcorder. But I can't do that. How to solve this problem?

For importing MXF into Final Cut Pro for editing freely, you can load MXF files via some plugins. But you can't edit the MXF files smoothly and with native codec, and you have to spend long time on rendering the .mxf footage. In this article, we will share the best way to import and edit MXF recordings in Final Cut Pro.

Something about Final Cut Pro

Final Cut Pro is a series of non-linear video editing software programs first developed by Macromedia Inc. and later Apple Inc. The most recent version, Final Cut Pro 10.6.3, runs on Mac computers powered by macOS Big Sur 11.5.1 or later. Final Cut Pro X is a video editing app for OS X from Apple Inc. and the successor to Final Cut Pro. The fully rewritten Final Cut Pro X was introduced by Apple in 2011, with the last version of the legacy Final Cut Pro being version 7.0.3. In November 2020, in tandem with the release of macOS 11.0 Big Sur, the X was dropped from the name to be "Final Cut Pro". The software allows users to log and transfer video onto a hard drive (internal or external), where it can be edited, processed, and output to a wide variety of formats. Mix frame sizes, frame rates, and formats in the same timeline — with support for 8K resolution and beyond, and it supports many video formats importing and native editing, such as H.264 from GoPro/DSLR, HDV, MTS/M2TS, AAC, AIFF， ProRes MOV, etc.

How to convert MXF to ProRes MOV for Final Cut Pro?

Plug the camcorder containing the files to the computer after running Acrok Video Converter Ultimate for Mac and this software will automatically detect and display them for you to select. In case the files are already on the computer, you can drag and drop them in the MXF to ProRes Converter main interface, or press the media file browser and select the files from the computer folders.

To edit MXF files in Final Cut Pro freely and smoothly, you need to convert .mxf to Finla Cut Pro compatible formats. Here, the MXF to FCP converting program can help you convert MXF to ProRes 422 MOV and ProRes 4444 MOV. You can edit the ProRes MOV video in FCP natively and without rendering. 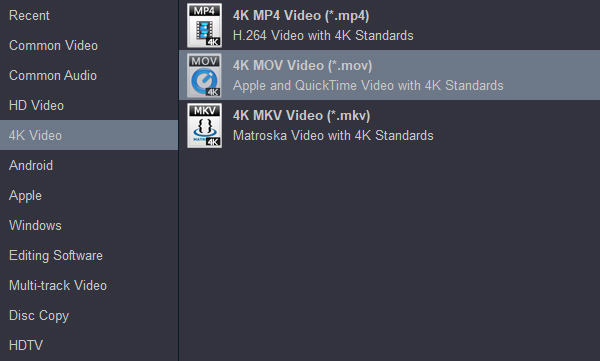 Tip: You can click "Settings" to change the video resolution, bit rate, etc. Click "Edit", you can trim, crop the loaded .mxf files. For getting 3D videos, you can add 3D effect onto these videos easily.

Click the Convert button to convert MXF footage to FCP best formats on the Mac (Monterey, Big Sur, Mavericks, Mountain Lion, Lion, Snow Leopard included). Just in a second, it is done. Click open button to locate the videos. Then you can import these converted videos to Final Cut Pro for smoothly editing.

What is MXF?
MXF is a file format for the exchange of programme material between video cameras, digital editing equipment, and servers. We can record .mxf videos by some of Panasonic, RED, Blackmagic Design, Ikegami, Sony, JVC, Canon, etc., high-end camcorders. MXF's contents may be a complete programme as well as complete packages or sequences. There are basic facilities available for cuts between sequences and audio crossfades. This way the sequences can be assembled into programme. MXF is self-contained, holding complete content without need of external material.

A powerful tool that will not only lets you convert MXF videos to any format but you can also convert other HD video foramt, manage and modify your videos. Audio extraction is also one great feature that I usually use. Value for money!
Jules