Panasonic hit a bit of a sweet spot with this camera the first time around, and although it's complex and fiddly in some areas the Lumix LX100 II has lost none of the original's appeal. Externally, the LX100 II looks very much like the original LX100, but a new grip design makes it a little easier to hold securely. It also boasted a great lens and viewfinder, and some really unusual features such as a true multi-aspect ratio design and support not just for 4K video capture, but also for extracting high-res stills in-camera. LX100 II can shoot 4K video at 30p or 24p in MP4. There's also a 4K PHOTO feature that lets you shoot 8-megapixel photos at 30fps. 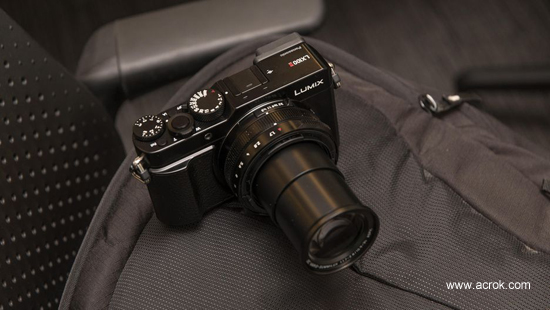 The hot feature of Lumix LX100 II is that it can record 4K videos. But as we know, the majority of playback, editing work is still being finished in 1080p. Many popular video editors including FCP 7 and FCP 6 can't handle 4K video files well. As Final Cut Pro X user, you can import and edit Lumix LX100 II 4K MP4 videos, but you have to spend long time on rendering videos, and you can't play the 4K footage in FCP X smoothly. This article will present you a workaround to load and edit Lumix LX100 II 4K in FCP X, FCP 7 and FCP 6 in detail.

No method is set in stone and always works but best bet would be to convert the Lumix LX100 II 4K files to Apple ProRes MOV in proper settings before importing into Final Cut Pro. There are many converters available on the net... some free, some retail, some better than others... the following software Acrok 4K Video Converter is just one example that works well as a 4K video converter for Lumix LX100 II recordings.

Acrok Video Converter Ultimate for Mac is highly recommended to you which is designed to deal with Lumix LX100 II 4K MP4 videos for editing in NLEs with optimized codecs including Apple ProRes for Final Cut Pro, DNxHD for DaVinci Resolve/Avid Media Composer, AIC for iMovie, MPEG-2 for Premiere Pro/Vegas Pro and more. If you are a PC user and eager to import Lumix LX100 II 4K files to editing software, pls turn to Acrok Video Converter Ultimate Windows version. Now, download the MP4 to FCP X Converter you need and follow the guide below to learn how to encode Lumix LX100 II 4K files to Apple ProRes 422 for Final Cut Pro (FCP X, FCP 7, FCP 6).

How to convert Lumix LX100 II 4K MP4 to ProRes codec on Mac?

Run the best Apple ProRes Converter, click the "Add files" icon to load Lumix LX100 II 4K files to the program from your computer or camera. You can also directly drag the video files into the program directly.

Tip: For Final Cut Pro X user, you can click "Settings" button to change the output resolution as you need. For getting 4K resolution, please select "Original".

You can edit the 4K video before transcoding to a new format. Just click "Edit" button, you can trim, crop the video, or add watermark, adjust effect and embed subtitles to the videos which you will convert.

Within several minutes, the conversion would be finished and you can find the converted file on your computer by clicking the "Open" button. And then you can import the converted Lumix LX100 II 4K files to FCP X, FCP 7 and FCP 6 for editing via clicking File > Import > File.

Acrok ultimate software is a powerfull program to get all your video's in a few steps converted. I bought this so I convert my Home videos to MOV and save them to the Seagate 500GB Wireless Mobile Storage (Red) then play them on my Galaxy Tab S4. Very easy.
Angie Dixon