Free way to to enjoy FLAC music on Android phone/tablet

FLAC stands for Free Lossless Audio Codec, an audio format similar to MP3, but lossless. Digital audio compressed by FLAC's algorithm can typically be reduced to between 50 and 70 percent of its original size and decompress to an identical copy of the original audio data. FLAC has support for metadata tagging, album cover art, and fast seeking. It is compatible with iPhone (with an app), portable music players including the PonoPlayer and hi-fi components. FLAC files are available for roughly the same price as the equivalent MP3 in online stores and sound much better. While FLAC files are up to six times larger than an MP3, they are half the size of a CD, and can have the same boost in audio quality. But can we play .flac audio files on Android tablet or phone directly? The answer is NO. Although FLAC can be played on most Android phones and tablets, there are still some playback issues that people encountered. You may be looking for some methods to fix FLAC Android playback issue everywhere. We can use a third-party audio player or convert FLAC to the best playing format for Android phones and tablets, so that we can enjoy music on Android devices freely. I'll share Free FLAC to Android Converter and Free FLAC Audio Player with you.

An FLAC to Android Converter is one kind of file converter that (surprise!) is used to convert one type of audio file (like an FLAC, MKA, OGG, APE, etc.) into Android supported audio format. We can find many free FLAC Converters on the Internet, but Acrok Free Audio Converter is the most recommended. We can use this software to convert any audio files to Android playable format, extract the sound from a video, DVD and even Blu-ray. They are totally free.

Install and run Acrok Video Converter Ultimate as the free FLAC to Android Converter on your computer. Click "Add file" icon to load your .flac files. 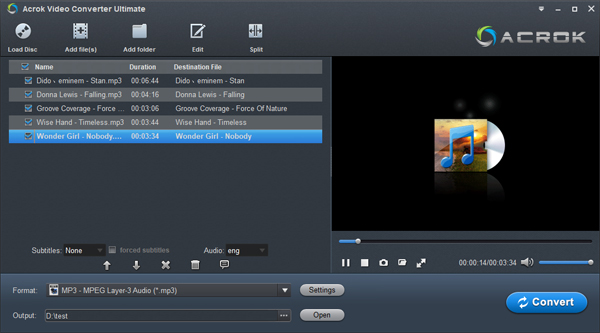 MP3 is the most common audio format in daily life, which is supported by almost all Android phones and tablets. So if you plan to enjoy your favorite music on your device, you need to convert your audio or video to MP3 format. Click "Format" bar then select "MP3 - MPEG Layer-3 Audio (*.mp3)" under "Common Audio" category. 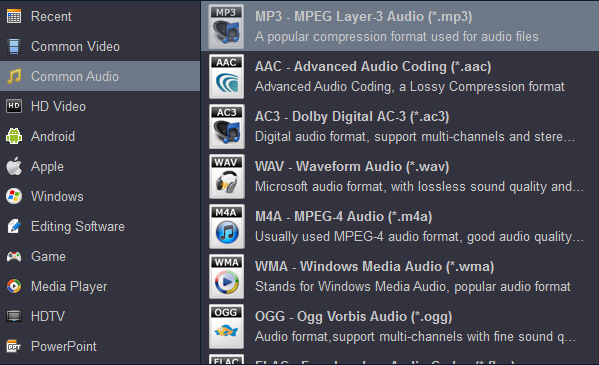 Click Convert button, the FLAC to MP3 conversion process will begin automatically. When the conversion is finished, please click "Open" button to locate the converted files.

VLC Media Player is hugely popular, and for good reason – it's completely free. It is the only open-source media player that supports a huge variety of audio and video formats. VLC Media Player supports MPEG and DivX streaming, and can play videos as they're downloading, letting you watch the beginning of a film and then decide whether it's worth downloading in full. We are one of the biggest fans and also contributors to VLC Media Player. VLC for Android is basically a minimal version of the VLC Player for Android platform.

VLC for Android supports tons of media formats that no other software. It also supports FLAC so, this is my best FLAC Player for offline and online streaming of FLAC music. It’s the unbeatable beast in the media player market. Go, Install and Enjoy your FLAC Music.

Calling AIMP a music player would be doing it a disservice. As well as playing music, the program also acts as an audio organizer, making it easy to change MP3 tags and create playlists. AIMP is a very popular music player for PC and Android that supports a variety of audio formats including FLAC. It comes with a very minimal look and small size. AIMP Media is only for 4.5 MB in size. It is one of the best FLAC player apps for Android

AIMP supports many audio formats with Android app. AIMP also comes with custom themes for improving your experience and UI. It comes with built in light, dark and black themes.

ATTENTION!
1. App does not have built-in music library and uses old school playlist-based approach for music playback
2. App may works incorrectly on devices based on M.I.U.I firmware. 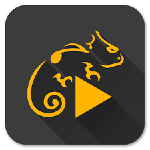 Stellio Music Player is a full featured music player that has surprisingly many features, but the down side is the fact that it's only available for free for a 10 day trial. Stellio Music Player is one of the best FLAC Player for Android with great layout and themes. It is developed by Stellio Soft. It supports different kind of theme and let you choose from them to let you enjoy fully customized experience. It supports a lot of music formats like FLAC, MP3, CUE, APE, M4A and WAV.

You can also add custom poster to your song and it also show you the lyrics of song while playing the song. Stellio Music Player also have widget and navigation support that let you control the media playback from home-screen and notification bar. 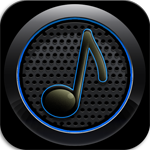 Rocket Music Player is a solid, and useful app. The option to enable ads for extra features offers the best of both worlds - if you don't want ads, you can use the app without ads and still have a very good music player. Rocket Music Player is a FLAC supporting music player app for Android that let you play FLAC audio player. It comes with 30+ Themes that you can use with this player. It is one of the best FLAC Player for Android try it now. 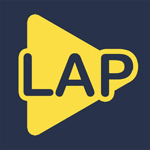 LAP FLAC Player also support FLAC file format and will play the audio in the device. It comes with some awesome features like playback speed and resume from last play. You can also set the sleep timer in this audio player. LAP Player supports flac, wv, m4a, ape, mp3, ogg, wma, wav, aiff, awb, dsf audio formats. Adjust and fine tune your songs with the help of the integrated 10 bands Equalizer.

So, these were the best FLAC Player apps for Android that I found on Play Store and tested myself. In my opinion, converting flac files to regular format is the best way, this was a way to make sure we were okay forever. If you have any doubts or queries, you can as in comment section below. Please join our forum to discuss about Android apps and Development.

Powerful. The free audio converter is my music assistant. Convert any music to MP3 easily. My Android phone can play all music freely. Thanks.
Jim

My children and I are all lovers of music. But playing CDs is no longer popular, and it's inconvenient to go out. So I used your software to convert the music from the CD to WAV format for playing in the car. FREE is the most important thing.
Richard Siler