How to watch Blu-ray movies on Apple TV?

"I plan to play my Blu-ray disc (Transformers: Age of Extinction) on Samsung Smart TV via Apple TV, how to copy and transfer Blu-ray to Apple TV for playing freely?"

You may have a sizeable collection of Blu-ray movies, gathering dust in their cases and gobbling up valuable shelf space. And then there's the Blu-ray player itself, hulking there under your telly as a reminder of a bygone age of ugly black boxes. But there's a simple, streamlined solution. Why not rip these movies to a hard drive, where you can access them any time via an Apple TV, Apple TV 2/3/4 or similar device? Here's how.

Note that here we take Acrok Blu-ray Ripper for Windows to show you how to rip Blu-ray to Apple TV videos in Windows. The way to do the conversion on Mac is the same. Just make sure you've downloaded the right version and follow the intuitive interface to get your work done in clicks. 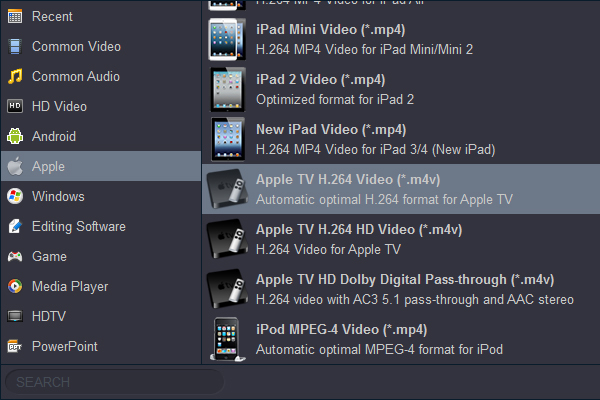 Tip 2: If you wan to play movies on Apple TV with Dolby Digital 5.1 surround sound pass-through, you can click "Settings" button to choose "5.1 Channels" in format settings panel. 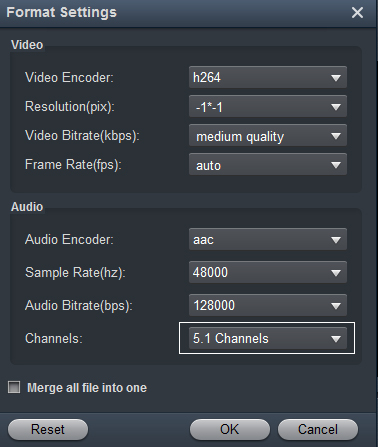 After conversion, click "Open" button to get the converted files.

If you like, you can play converted Blu-ray movies on Apple TV via Airplay. Open the "System Preferences" of your Mac computer, and click on the "Displays". Then you can open the Airplay. Change the "Airplay Mirroring" from "Off" to "Office Apple TV", and it will connect automatically. A couple of seconds later, your Mac and widescreen TV will be connected.

About Apple TV
Apple TV is a digital media player developed and sold by Apple Inc. It is a small network appliance and entertainment device that can receive digital data from a number of sources and stream it to capable TV for playing on the TV screen. 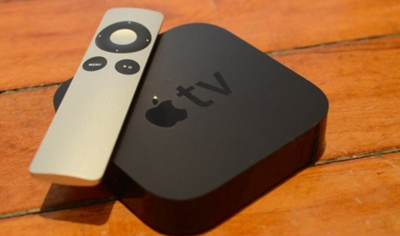 If you want to experience the visual and auditory shock effect, you can download the following recommended movies or buy their Blu ray discs. These are what I like. I'm sure you'll never regret it. 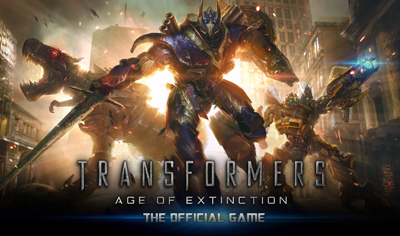 Age of Extinction
Age of Extinction is an upcoming 2014 American science fiction action film based on the Transformers franchise. It is the fourth installment of the live-action Transformers film series and stars Mark Wahlberg in the lead role. A sequel to Transformers: Dark of the Moon, the film takes place four years after the invasion of Chicago. 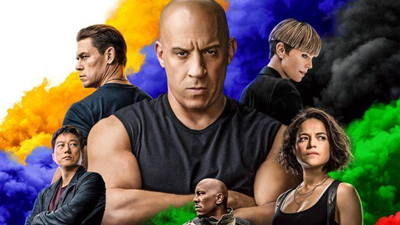 Fast & Furious 9 Trailer
Fast & Furious 9 is the ninth chapter in the Fast & Furious Saga, which has endured for two decades and has earned more than $5 billion around the world. Vin Diesel’s Dom Toretto is leading a quiet life off the grid with Letty and his son, little Brian, but they know that danger always lurks just over their peaceful horizon. This time, Fast & Furious 9 sees the return of Justin Lin as director, who helmed the third, fourth, fifth and sixth chapters of the series when it transformed into a global blockbuster. Fast & Furious 9 is produced by Neal H. Moritz, Vin Diesel, Jeff Kirschenbaum, Joe Roth, Justin Lin, Clayton Townsend and Samantha Vincent.

Batman - The Dark Knight
Batman is a superhero who appears in American comic books published by DC Comics. The Dark Knight is a 2008 superhero film directed, produced, and co-written by Christopher Nolan. Directed by Christopher Nolan. With Christian Bale, Heath Ledger, Aaron Eckhart, Michael Caine. A gang of criminals rob a Gotham City mob bank; the Joker manipulates them into murdering each other for a higher share until only he remains, escaping with the money. Batman, District Attorney Harvey Dent and Lieutenant Jim Gordon form an alliance to rid Gotham of organized crime.

Acrok is an excellent tool for decrypting, ripping and converting your Blu-ray movies for Apple devices, such as Apple TV and iPad Air. The quality of the copy is second to none. I will always support you forever.
Fred Allen