Vegas Pro 18 is one of the most popular video editing programs on computers, most users choose Vegas Pro 18 to edit their recorded videos, downloaded movies or Blu-ray movies. Sometime you may need to make use of Blu-ray clips from your purchased Blu-ray discs, but it is not so easy to use the Blu-ray movies from discs, because the purchased Blu-ray discs are copy protected, you will not be able to copy or transfer Blu-ray disc movies directly. Due to the limitation of Blu-ray copy protection, you will not be able to import Blu-ray to Vegas Pro 18 or edit Blu-ray in Vegas Pro 18. But please don’t worry, now we have easy solution for you, just check the content below.

How to import Blu-ray to Vegas Pro 18 and edit natively?

Which software should I choose for converting Blu-ray files for using in Vegas Pro 18?

“Hi there, recently I need to make a video for my studio, I need to use the clips from Blu-ray discs, and my video editor is Vegas Pro 18. New issue happened when I attempted to use Harry Potter and the Deathly Hallows Pt1 Blu-ray disc, I don’t know the method to get movies from Blu-ray disc to Vegas Pro 18, the Blu-ray disc movies seemed protected, is there a tool that can help me to get rid of Blu-ray protection and then convert Blu-ray to Vegas Pro 18 supported video formats? Any suggestion is appreciated, thanks you very much for your help.- Alexandru, Antohi”

Why Blu-ray disc movies are not supported by Vegas Pro 18 directly?

Here the detailed way to convert Blu-ray files on macOS Catalina is showed. The way to covnert Blu-ray in Windows 10 is the same. Just make sure you've downloaded the right version.

Free download Acrok Video Converter Ultimate. Install this best Blu-ray Ripper. This Blu-ray ripping program has Windows version and Mac version, so if you need to convert Blu-ray or other videos on Windows and Mac, you can download and use its corresponding version.

After installing Blu-ray to Vegas Pro 18 converter on your computer, run it as the best Blu-ray conversion software, and then you will see the main interface, now you can click “Load Disc” button on the top left corner to load the Blu-ray disc movies that you want to convert. If you convert HD videos you can add batch files at one time, because batch loading and converting is well supported by this Blu-ray to Vegas Pro 18 converter.

You will need to click format column and choose Vegas Pro 18 native supported format, just click and choose “Editing Software -> Sony Vegas (*.mov)”, this is the best format for Vegas Pro 18. This Blu-ray to Vegas Pro 18 converter has many optimized output formats, such as optimized formats for iPhone 12 Pro Max, iPad Pro 2020, Galaxy Note 20 Ultra, 4K TV, and editing programs like Premiere Pro CC, FCP X, iMovie, Avid, DaVinci Resolve 16, etc. with this converter you will not need to worry about any video playing and editing problems. 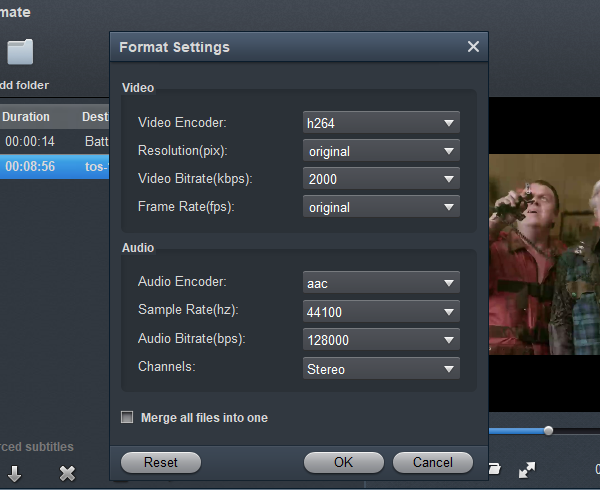 Acrok Video Converter Ultimate provides powerful editing functions so that you can personalize and retouch your videos before converting them. Click the "Edit" button and then select a specific function to open the video editing window. As you see, video editing functions like Trim, Crop, 3D, Watermark, Effect, Subtitle, Audio editor are provided to let you get the user-defined video as you need. 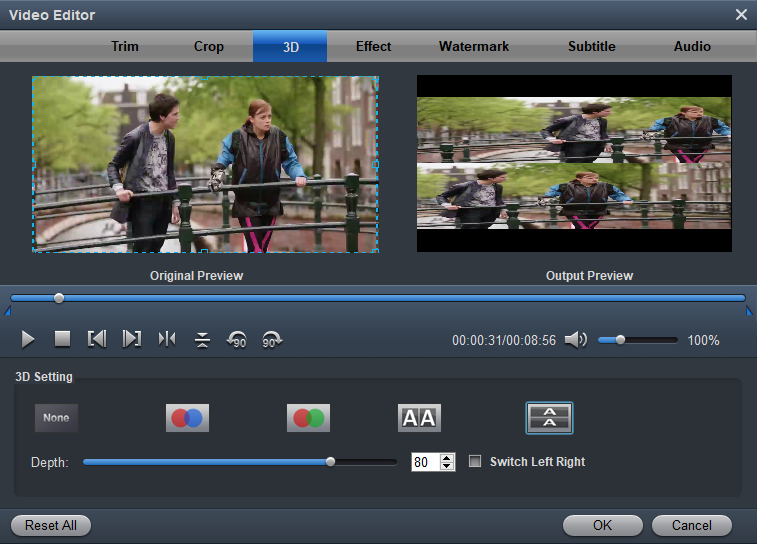 This is the last step, just click convert button on the main interface, the Blu-ray to Vegas Pro 18 converter will begin the conversion process immediately.

Wow, I can save a lot of money now. Originally I buy the Blu-ray disc, and then buy the digital videos. Now I don't need to re-buy the movie.
Timo Heikkinen