How to play Blu-ray disc on Xiaomi Mi TV without Blu-ray player?

But, to most users they don't know the method to digitalize Blu-ray discs to HD videos for watching with Xiaomi Mi TV, because the purchased Blu-ray discs are copy protected, you can't copy movies from Blu-ray discs directly, and the copied movies cannot be played by Xiaomi Mi TV or other players, in this case, you will need to use special Blu-ray ripper software like Acrok Video Converter Ultimate to deal with your Blu-ray discs, it can convert Blu-ray disc movies to unprotected video formats.

How can I play Blu-ray on Xiaomi Mi TV?

"Hi there, can anyone help me to convert Blu-ray to HD formats for playing on Xiaomi Mi TV? Several days ago I purchased a 75 inches Xiaomi Mi TV from Amazon, and now I would like to use it to play Blu-ray. I have purchased a lot of interesting Blu-ray discs from Amazon website, and now I want to convert these Blu-ray discs to HD video formats, and then watch Blu-ray on Xiaomi Mi TV, this method is very convenient for me to access to my movies, but I don't know the exact method to watch Blu-ray on Xiaomi Mi TV, and I don't know the tool to convert Blu-ray, either. Can you help me? Any suggestion is appreciated, thank you!"

The best Blu-ray to Xiaomi Mi TV converter on the market is Acrok Video Converter Ultimate (For Windows | For Mac), this program has been selected by many Xiaomi/Samsung/LG/Sony/Panasonic 4K TV users, they use the best Blu-ray ripper software to convert Blu-ray discs, DVD discs and 4K UHD videos to unprotected formats for playing. With this Xiaomi Mi TV Blu-ray converter software you can convert Blu-ray discs, DVD discs, Blu-ray ISO, DVD ISO, Blu-ray folder, DVD folder or 4K videos to supported format for Xiaomi Mi TV. What's more, you can use it to rip Blu-ray movies to MKV, MP4 or MOV format for playing with smartphones and tablets. Now you can download this Xiaomi Mi TV Blu-ray Converter Windows version or Mac version according to your need.

Download Acrok Video Converter Ultimate Windows version or Mac version, install this Blu-ray to Xiaomi Mi TV converter on your computer, this program will help you to convert Blu-ray on Windows or Mac, just choose the right version according to your computer's system.

Tip: If you want to backup Blu-ray or DVD disc movies with quality lossless, you can choose "Multi-track Video -> Multi-track MKV", this format can maintain all the original subtitles, audio tracks and languages for you.

Customization is available to use in this Blu-ray to Xiaomi Mi TV Converter, after you selected the output format, you can click "Settings" button to adjust the resolution, bitrate, frame rate, codec or other parameters according to your need. For example, you can set the resolution as 1920*1080, and then you will get full HD videos. 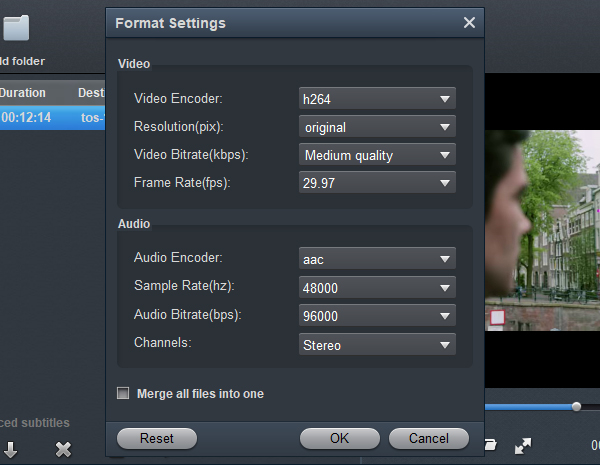 Acrok Video Converter Ultimate will start the Blu-ray to Xiaomi Mi TV conversion immediately, video and audio synchronization is guaranteed by the best Blu-ray converter. When your Blu-ray videos are converted, you can transfer converted Blu-ray movies to USB flash drive or NAS, and then you can play Blu-ray on Xiaomi Mi TV through USB port or NAS smoothly, there will be no problems anymore, and now you can access to your Blu-ray movies conveniently. Just try this Xiaomi Mi TV Blu-ray converter as you want.

I never thought Blu-ray ripping task was going to work but wanted to give it go so we could watch movies from my Samsung Galaxy Tab S8 while anchored up on our yacht. It worked the first time with no problems. Huge tip of the cap to Acrok studio and this software. Love it.
Meyer, John