This guide is going to introduce two ways for you to watch Blu-ray on any Smart TV. One is to connect a Blu-ray player to the Smart TV. The other is to convert Blu-ray to Smart TV supported format. 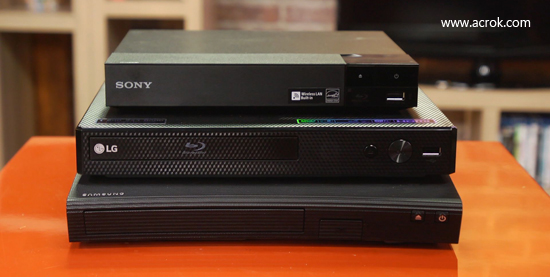 - Watching Blu-ray movies is a popular pastime in many households. If that's the case in your home, you obviously want them to look as good as possible.
- Many newer Blu-ray players can upconvert the video signal before they send it to your TV, transforming it to a resolution that more closely matches your screen's. Although an upconverted picture isn't true high-def, it usually delivers a noticeably improved image. And to see that upconverted signal, you'll usually need to make an HDMI connection to your TV.

Now we can start to connect a Blu-ray player to Smart TV. If you opt for HDMI, you may be able to pass both your audio and video signals via a single cable. On the other hand, if you choose component video, S-video, or composite video, you'll need to make an additional stereo RCA audio connection to your TV. To hear the Dolby® Digital and DTS® surround sound encoded on most Blu-rays, you'll need to make a digital audio connection to a home theater receiver. Depending on your Blu-ray player's and receiver's available connectors, you'll probably want to use either an optical digital or coaxial digital audio connection.

After connecting Blu-ray to TV, you can start to play Blu-ray on your Smart TV in an easy and convenient way.

Run Acrok Video Converter Ultimate to enter the main interface, where you need to click "Load Disc" to import Blu-ray disc content. Of course, you are required to insert Blu-ray disc into computer's Blu-ray drive beforehand. In addition to Blu-ray disc, Blu-ray folder can be imported as well.

After the loading of source Blu-ray content, click the drop-down box next to "Format" button and choose "HDTV" to enter the Profile panel where you can choose "HDTV 1080P Video (*.mp4)" or select TV brands directlt, the most common formats playable on your Smart TV. 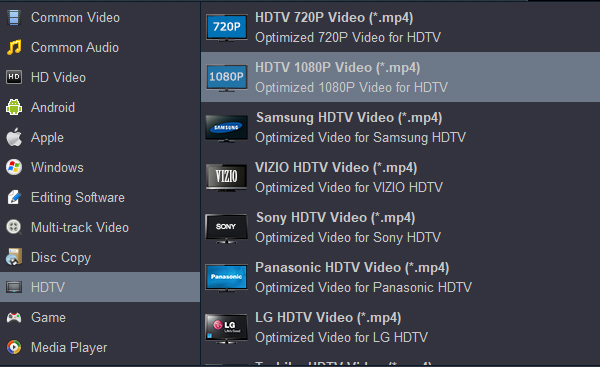 Tip: Tap "settings" to customize the output parameters - adjust the video size, bitrate, frame rate, audio sample rate, audio channel, etc to get a decent video for watching on Smart TV. If you want to get 5.1 surround sound, you can select "5.1 Channels" as output.

After the converting process is completed, you need to transfer the converted video file from your computer to the Smart TV. The most traditional way of transferring data is using a USB, and of course, in this case, a USB drive can be employed to do the task for you. Just enjoy the Blu-ray movies on your large-screen Smart TV!

Acrok video converter will always be my very favorite. Acrok products do what there suppose to do, not like roxio and nero expensive and worthless heavily bloated resource hogs, that do nothing but complain about the customer spending more money.
Jennifer Lee